A number of high profile leaders in the world of business and innovation are set to visit IT Sligo during Enterprise and Innovation Week 2011, which runs from March 1st to 4th.

A range of interactive workshops and presentations will take place during the week and all events are free and open to all members of the public to attend. The events range from motivational workshops for people who are interested in venturing into the world of business, to technical and specialist advice on how to fine tune a product or an existing business.

Ms Gray will be one of a number of high profile international CEOs who will take part in a panel discussion about International Prospects for Irish Graduates.

A winner of The Great Place to Work Institute’s Most Trusted Leader Award last year, she was credited by Telefónica 02 Ireland, during her nine years as CEO of the company, as having ‘spearheaded the growth of the business, doubling the customer base and making Telefónica 02 Ireland the second largest mobile communications company in the Irish market’.

Ms. Gray joined O2 from BT, where she was employed since 1984. She also served as Senior Vice President of BT Wireless’s businesses in Europe, and as a General Manager of BT Mobile, Leeds from 1994 to 1999, Sales Manager and Deputy General Manager of BT Global Communications from 1992 to 1994 and Account Director of BT Global Communications, Commercial Sector from 1990 to 1992.

Ms. Gray holds BSc. in Bio Physics from the University of Leeds, and has also studied at Lausanne and the London Business School. She also holds an MBA degree.

On receiving her award for Most Trusted Leader last year during what was a very difficult economic period, she said; “When making changes in your business, it is very important to create a picture of the future so that people can understand the journey to get there.”

A preview of the events to feature in the IT Sligo Enterprise and Innovation Week 2011 is available now at www.itsligo.ie/innovationweek. Full details will be announced in the coming weeks. 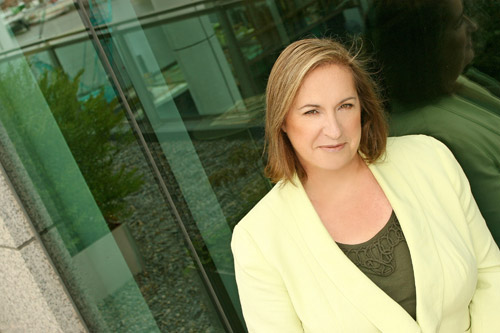 Danuta Gray will be one of the guest speakers at Enterprise and Innovation Week 2011.