Home » Head of Development appointed to HEA Board

Head of Development appointed to HEA Board 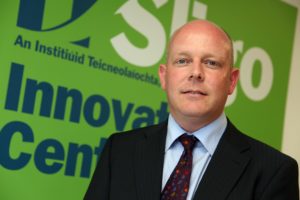 Head of Development and Business Operations at IT Sligo, Gordon Ryan, has been appointed by Government as a member of the Higher Education Authority Board.

Mr Ryan is one of seven new appointees to the HEA announced this week.

The Chairman of the HEA, John Hennessy, said of the appointments: “With the addition of the skills and experience that these new members bring, the HEA position in implementing the National Strategy on Higher Education will be further strengthened.”

Commenting on his appointment, Mr Ryan said: “It is a privilege to be appointed to work with the Higher Education Authority. The higher education sector is entering a period of important transition and I look forward to working with the other members to ensure that the needs of students, industry and the wider community are addressed as effectively and efficiently as possible.

Mr Ryan was appointed Head of Development and Business Operations in July 2010. His Executive role involves the management of the capital developments of the IT Sligo campus, with a focus on information technology, business development, enterprise and innovation.

A Chartered Accountant, he previously held senior finance positions in commercial energy, retail and property sectors in Ireland and abroad.

The other appointees announced this week are as follows: