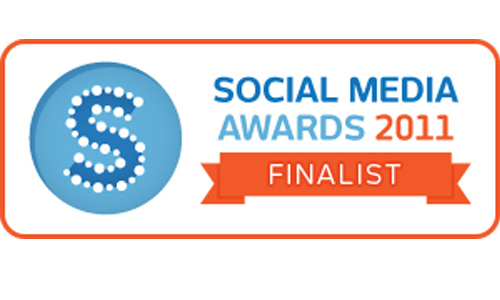 IT Sligo is the only third level institution in the country to have been shortlisted for the Social Media Awards 2011.

The Institute got the nod for its Facebook page which has seen a surge in activity in the past 12 months.

The award winners will be announced at a ceremony in Dublin on May 26th next.

The number of Facebook fans on the IT Sligo page (www.facebook.com/itsligo) has soared from just under 1,400 in April 2010 to over 3,700 this week, and reflects growing interest, not just among staff and students on the college campus, but among graduates, prospective students and online students throughout the country and on a number of continents.

Shortlisted in the category for non-profit organizations, the college faces stiff competition in this category from the Science Gallery, the Defence Forces, Barnardos Ireland, FOTA Wildlife Park, Tourism Ireland, Dublin Zoo and Concern.

IT Sligo’s Communication Manager Sinéad McGovern said that Facebook is an important communication medium for the Institute; “The online IT Sligo ‘community’ is growing and staff, students, prospective students, graduates and other people with an interest in developments at the Institute, use our Facebook page as a way to keep in touch and interact with each other. It’s a very immediate way for us to connect with some of our key stakeholders and a significant effort is made on an organisation-wide basis to feed into the site regularly to keep it relevant and interesting for its users.”

The Institute is keen to stress the social aspects of its Facebook site as well as its role in making staff and students aware of new developments and opportunities.

Aoife Porter of Bua Marketing who provides Digital Media Support to IT Sligo, said she was gratified that IT Sligo is the only college to have been nominated in any of the 18 categories in the Social Media Awards; “It reflects how the Institute has been engaging with social media, not just on Facebook but also on Twitter and LinkedIn.”

With an estimated 1.75 million Facebook accounts in Ireland, Porter points out that its significance as a communication tool cannot be overlooked. “We have noticed that when we post photographs from events like Open Day, we get huge feedback,” she said. “People come onto the site to find out what is going on and it is very much tied up with a sense of community within the college.”

A breakdown of the page users show that a majority (55 per cent) are female while not surprisingly, the majority (over 60 per cent) are in the 18 to 24 years age bracket.

Interestingly while over 3,000 of IT Sligo’s  Facebook friends are based in Ireland, a significant number are signing on from Britain, France, Spain, the US, Australia, and Germany, This is a reflection , not just on the number doing online courses through the college, but also the  interest among prospective students and those graduates  still keen to stay in touch.

The winners of the 2011 Bord Gais Energy Social Media Awards 2011 will be announced in the Mansion House, Dublin on May 26th.