Marketing Conference examines ‘The Power of Humour in Marketing’

IT Sligo is hosting its annual Marketing Conference on Friday 29th March 2019 from 9am – 2.15pm in IT Sligo Aurivo Theatre. ‘The Power of Humour in Marketing’ is open to students, staff and the wider business community.

This year themes will see our guest speakers discuss how they have carefully incorporated humour into their marketing strategy and content plans, highlighting the associated challenges and unexpected benefits along the way. The conference aims to educate and inspire fellow marketers and challenges us to think outside the box when creating content.

This year’s line-ups includes brand and agency representatives from local, national and international perspectives. Guest speakers will include: 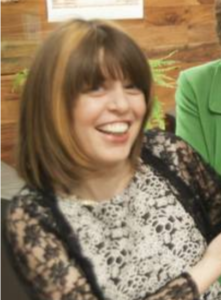 Susanne Colleary is Lecturer/Theatre Practitioner and researcher in the Humanities Department at Sligo Institute of Technology (ITS) and Adjunct Lecturer in Trinity College Dublin (TCD). Susanne was awarded her PhD from University College Dublin in 2011 and published her first book entitled Performance and Identity in Irish Stand-Up Comedy: The Comic ‘i’ (Palgrave Macmillan, 2015), She has published on Irish theatre, stand-up comedy and televisual satire.  Susanne has been working on practice-based research and performance focused on Irish popular theatre and performance for five years.  Recent theatre projects include Marian and Joseph: A Revolutionary Love Story, (Sligo and Dublin, 2016). In 2016, Susanne also worked in collaboration with the visual artist Sue Morris to produce a multi-media installation entitled ‘Here We Are At The Risk Of Our Lives.’, dealing with popular culture and 1916.  (Dublin, Athlone, Sligo) Susanne has just published her second book for Palgrave MacMillian entitled The Comic Everywoman in Irish Popular theatre  (2018) and is working on her second play; not surprisingly, it’s a comedy. 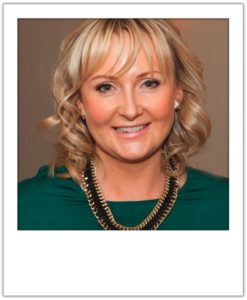 Pam Finn ( PR Pam ) has two decades worth of business acumen , she has worked in the media industry television, radio and print, she has launched over 500 businesses through sister company PR Pam and has had her own TV show ). She has worked with some of the most famous brands and personalities in Ireland, is a mentor for The Design & Craft Council of Ireland and LEO’s in Mayo & Galway.

Launched in 2006, The Galway and Dublin based firm offers a wide range of services including strategic PR plans, coaching and branding. She is also co-founder of social media agency – Hashtag Media, home of Social TV and also named as one of the Top 100 Companies to Watch Out for in 2019 by The Sunday Business Post Newspaper.

John Rainford, started Strawberry Fields, a highly creative Advertising Agency, over 30 years ago. His origin was from Liverpool, hence the Beatles connection with ‘Strawberry Fields’. He has a reputation for helping companies, including start-ups become market leaders using his special blend of humour and creativity. His companies success attracted the attention of Global companies like Shell, ABB and Rolls Royce and he runs creative workshops for them on 3 continents. He has taught creativity in marketing and innovations in technology at some of the top Business schools and Universities in the world. He works with Artificial Intelligence and Blockchain projects to bring about competitive advantage in industry. His mantra is “You are limited only by your own imagination.”  Using his own invention the Darwin Matrix (which generates ideas) he freelances for some of the biggest Advertising Agencies in the world, such as Ogilvy Mather (4th largest) McCann’s (used to be McCann Ericson) and Saatchi and Saatchi. 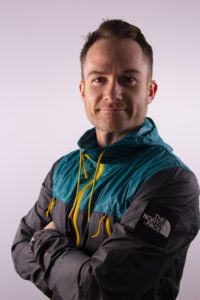 A brand and marketing specialist with a wealth of experience in advertising for some of the world’s biggest and most loved brands. Paul joined Maximum Media – the fastest growing media company in the UK and Ireland and home to JOE, SportsJOE, Her, and HerFamily – in February of last year as Brand Director. In October, Paul took on the role of CMO, leading the organisation’s marketing and innovation strategy, as well as steering a 30-strong team across creativity, planning, client services, and production to deliver world-class content.

Before Maximum Media, Paul spent five years working with brand powerhouse Diageo. He joined Guinness in 2013 to deliver the company’s rugby platform in the UK and Ireland, a role that incorporated all TV, OOH, digital and social content in the two-year run-up to (and during) the Rugby World Cup in 2015. The RWC campaign included the Cannes Lion winning ad featuring Welsh rugby player Gareth Thomas.

After the RWC, Paul led the ‘Brand in Culture’ platform for Guinness in Europe. He then went on to head up the Portfolio Beers Team also at Diageo, being responsible for marketing strategy and brand communications for Smithwick’s, Harp, and Kilkenny. Finally, he made the move from beer to spirits – managing marketing communications, media planning, and innovation for SMIRNOFF in Europe.

Outside of his CMO role at Maximum, Paul enjoys anything that gets him outdoors and active; everything from polocrosse to wakeboarding, and from urban runs in Dublin’s city centre to weekend adventures in West Cork. 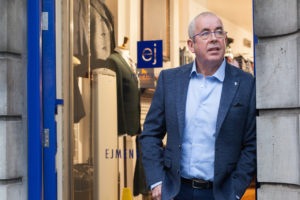 Eamonn Cunningham is owner of ej menswear, a successful menswear fashion retail store and online offering based in the heart of Sligo. Eamonn began work in the rag trade in the 1970’s and is now celebrating his 25th year in business after opening his first store in 1994.

Eamonn always believed that brand selection was key but from early on he also understood the power of marketing, not just in terms of target audience and reach, but in tone.

Over the years Eamonn and ej menswear have become a household name for their excellent customer service, attention to detail, quality and their out of the box marketing on social media. 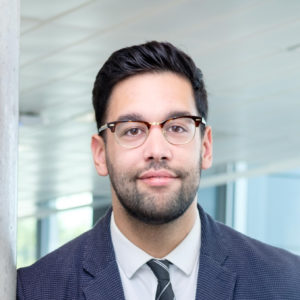 Working in Social Media for over 6 years, Tom has worked across various industries both agency and client side. Since January 2017 he has been the Social Media Manager at Lidl Ireland here his job has seen him crisis manage Storm Emma, send a hot tub to space and have the gruelling task of personally taste-testing hundreds of recipes. Outside of work, Tom can be found struggling to put together IKEA furniture and listening to 90s hip-hop. You can follow him on Twitter @TomMughal 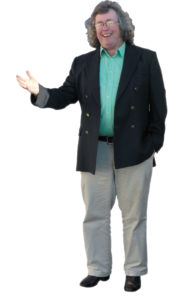 Michael Flynn is better known these days as Mattress Mick. Through no fault of his own, has become a TV and Internet sensation due to a few innovative promotional videos and his relentless campaign to promote Irish furniture and mattresses. He has over 40 years’ experience in the furniture business, and is determined to promote Irish products where possible.