A new analysis of bones taken from a century-old excavation at Carrowkeel in County Sligo has revealed evidence of the burial practices and death rites of the ancient people of Ireland.

The findings, which have been published in the journal Bioarchaeology International, are part of a project applying modern techniques and research questions to the human remains.

The team of researchers includes Sam Moore, lecturer in Prehistoric Archaeology at IT Sligo, and the group’s work focussed on the 5300 years-old Passage Tomb Complex at Carrowkeel. This site is one of the most impressive Neolithic ritual landscapes in Europe. 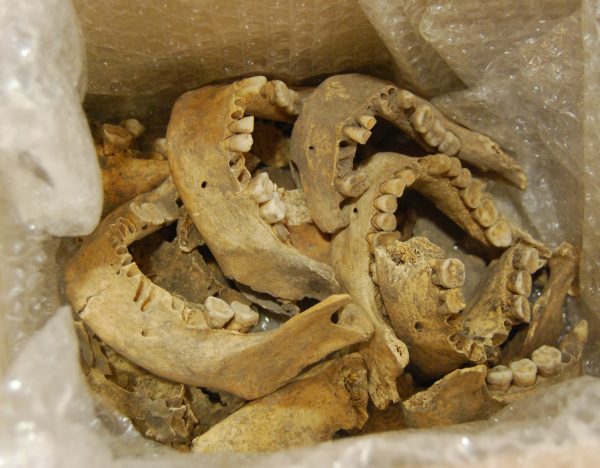 Some of the jawbones from the original Carrowkeel excavation a century ago, which were re-discovered in the Duckworth Laboratory at the Leverhulme Centre for Human Evolutionary Studies at University of Cambridge.

“The bones were analysed from an original excavation of Carrowkeel in 1911, led by Prof R.A.S. McAlister,” explains Sam.

“They were subsequently presumed missing or lost until a group of boxes with the name ‘Carrowkeel’ on them was discovered in the archive in the University of Cambridge in 2001. 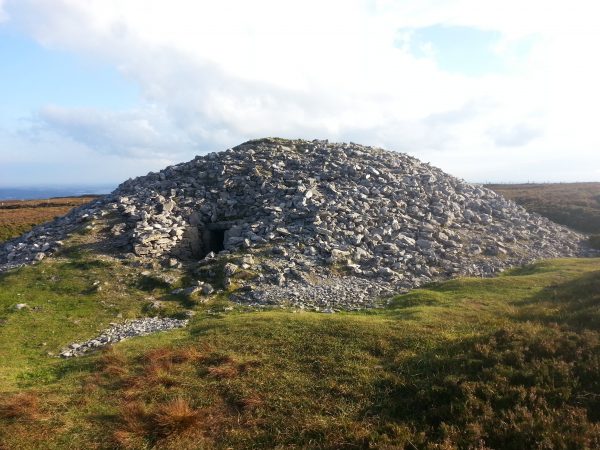 A view of Cairn K at the Carrowkeel Passage Tomb site in County Sligo.

The team analysed bones from seven passage tombs that included both unburnt and cremated human remains from around 40 individuals.

Dr Geber says he and his colleagues determined that the unburnt bone displayed evidence of dismemberment.

“We found indications of cut marks caused by stone tools at the site of tendon and ligament attachments around the major joints, such as the shoulder, elbow, hip and ankle,” he says.

Dr Geber says the new evidence suggests that a complex burial rite was undertaken at Carrowkeel, which involved a funerary rite and placed a particular focus on the “deconstruction” of the body. 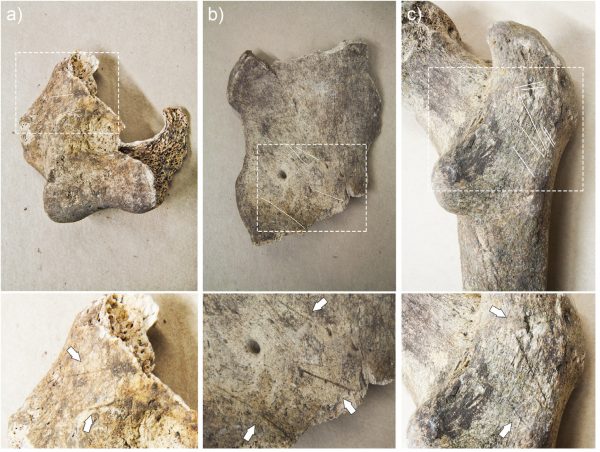 Cut marks on some of the human remains which were discovered at Carrowkeel. Cut marks, marked in white (above) and magnified (below), observed on a left humerus (upper arm) from Cairn K (a), the ilium of a left coxae (part of pelvis) from Cairn K (b), and a right femur (upper leg) from Cairn K (c). Photography by Jonny Geber.

So why would people in pre-historic Ireland have performed such rituals?

“Attempting to understand the reasons these ancient communities dismembered the bodies is one of the real fascinations with this research,” says Sam Moore.

“In the societies of the past, ancestry had more to do with group identity. This appears to have held real importance in Neolithic Ireland.” 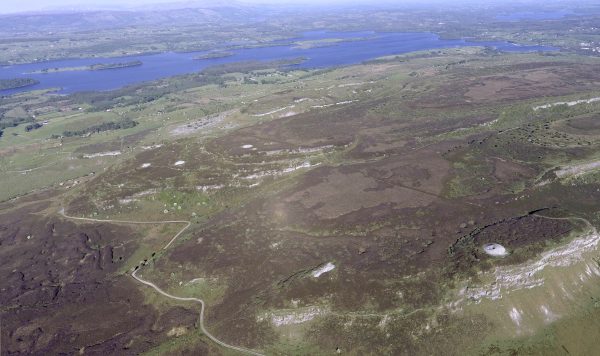 An aerial view of Carrowkeel in County Sligo, showing Cairns E & F in the foreground; Lough Arrow in the background.

While evidence of similar pre-historic funerary rites has been uncovered in the UK, this is the first definitive discovery of similar practices during the same period on the island of Ireland.

The re-analysis of the bones uncovers high level of complexity and diversity of the funerary rites, which perhaps was not fully recognized previously.

The new study has been able to show that the Carrowkeel complex was a highly significant place in Neolithic society in Ireland, which had an important role in facilitating interaction with the dead and a spiritual connection with the ancestors