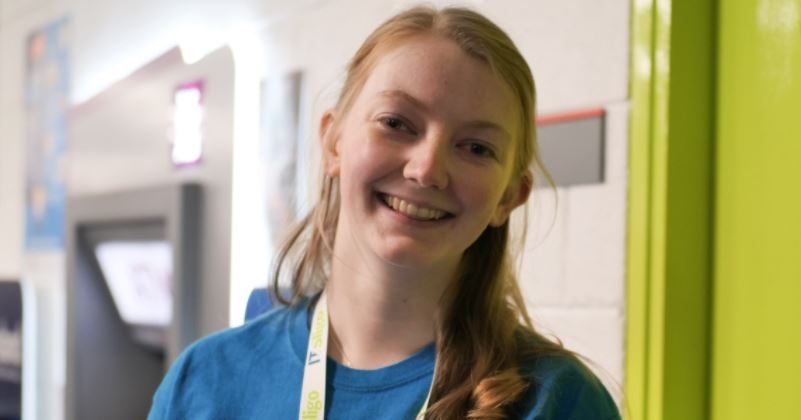 Before Transition Year, I was set on becoming a primary school teacher. I was that set on it that when I found out in 6th class I was dyslexic, I refused to be exempted from Irish and studied it at higher level until the beginning of Leaving Cert! During my work placement in TY, I spent two weeks in a primary school. Saying that experience was an eye-opener would be an understatement! It changed everything I wanted to do in life. When choosing subjects for the Leaving Cert, after a lot of back and forth with teachers and my guidance counsellor, I decided to pick the ones I loved and what would get me the highest possible points. Those were Chemistry, Physics, Geography and Music.

To begin with, I wanted to study Pharmacy. As with every course on the CAO, you need to get the points to get in. For many students these points are not achievable but always know there are many paths you can take to get to where you want to. I sat the Leaving Cert in 2017, and in 2016 the points for Pharmacy were all above 520. A diagnosis of Crohn’s Disease was counter productive in my quest for these points, as it left me constantly fatigued.  As soon as I would get home from school, I just collapsed on the sofa and fell asleep for two hours before even thinking about studying.

After the mocks and following many chats with teachers and parents, for the sake of my physical and mental health, I decided to take Pharmacy of my CAO list. This moved Pharmaceutical Science with Drug Development in ATU Sligo to the top of the list, and I have never looked back. Taking the pressure off allowed me to recover and sit the Leaving Cert. ATU Sligo has been the best choice I ever made.

I love the 50:50 split between theory and practical lab work on the course. For example, you might be learning all about a reaction between raw materials that will result in a white powder drug in a theory class. Then, you step into the lab and actually get to make this white powder yourself. It helps you understand everything you were told in the theory class.

It also helps you prepare for the real world. The modules relate directly to different areas of the industry that you will eventually move into. On top of that, most of our lecturers have worked in the industry in the past and know exactly what they are talking about.

As the class size is small, the lecturers and staff get to know you on a first-name basis. Also, life is life, so if you need to change a deadline for one reason or another, they are all very reasonable and understanding. The help and advice they offer is unbelievable too.

In late September 2019, about thirty students were interviewed for the Abbott internships of which four, including me, were offered twelve month contracts. I was placed in the Business Excellence Department of their Diagnostics Division in Sligo from January 2020 to January 2021. In Business Excellence you are involved with almost every other department, assisting with idea generation, coordinating and leading monthly target reviews, and assisting with cost improvement projects. I really enjoyed the experience and what I learnt has enhanced what I have learnt during my studies.

I love studying in Sligo. Everyone is so friendly. Sligo is a really nice town. It has your Penny’s and River Island’s, both an Aldi and Lidl and loads of places to go for a night out. Also, the campus isn’t spread out over acres upon acres so it won’t take you 20 minutes to get between classes.

When I look to the future, there are two options on the table. One is to go work for somewhere like Abbott or AbbVie in a quality role and study a masters. The second one is to take the plunge and study graduate Pharmacy in RCSI. That’s another thing about this degree that I love – the options at the end of it! Whilst I have decisions to make, it’s a great position to be in!