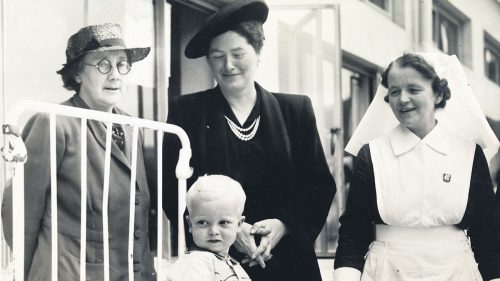 In these times when the daily dinner table conversation at home is about “When am I going to be vaccinated against Covid 19” it is timely to remember on International Women’s Day a wonderful and inspirational Irish medical doctor who fought a far more lethal Tuberculosis epidemic than we face now.

Dorothy Stopford Price was born in County Dublin in 1890 and died in 1954. Her mother, Constance Kennedy, was the daughter of Dr Evory Kennedy, Master of the Rotunda Hospital, Dublin.

She was one of four children and grew up in Rathgar and Dundrum, South Dublin. In 1902 her father died from typhoid fever and the family relocated to London. Dorothy lived through two World Wars, the Spanish Influenza pandemic, the 1916 Rising in Ireland, and the foundation of the new Irish state. In Easter 1916 , aged 26, she was a guest of Sir Matthew Nathan (the British Under-Secretary) and after the Easter 1916 Rising, Dorothy questioned her earlier political allegiances and embraced Irish nationalism.

Her education began working with Charitable Organisations but subsequently she decided to study medicine at age 25, and became a medical student in Trinity College Dublin from 1916 – 1921. 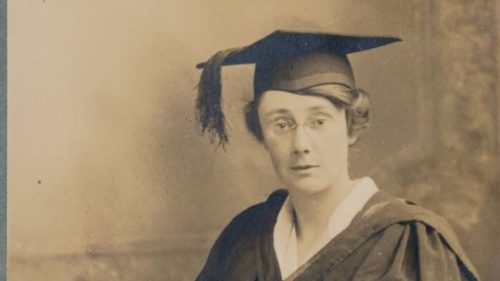 She graduated in medicine in 1921 and her first medical post was in Kilbrittain County Cork, where she first came into contact with the Tuberculosis problem in children and realised the formidable nature of the problem facing Ireland. During this period she also tended to injured members of the Irish Republican Army and joined Cumann na mBan where she gave lectures on first aid as part of her involvement. Subsequently she went to work in the in the Meath Hospital, Dublin, under Professor William Boxwell, (grandson of Dr William Stokes) . Her first encounter with pandemics came in 1918-19 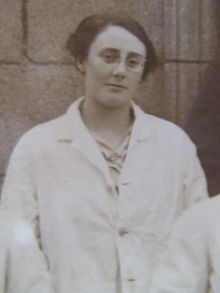 when she practiced throughout the Spanish flu pandemic tending to victims during the day and carrying out postmortems at night. In 1923, she returned to Dublin and was one of the founders of Saint Ultan’s Children’s Hospital as a visiting physician (an unpaid post). Dorothy began to research and write about tuberculosis, particularly in the context of children. She was introduced to the Tuberculin test, a skin test which when positive indicated that a tuberculous bacterial infection had occurred. Given the current pandemic it is easy to understand the parallel with the current covid test used to suppress pandemic covid-19 spreading. Dorothy taught herself German whilst at St Ultan’s to understand European textbooks on TB and brought back learning from Germany, Sweden and Denmark to Ireland.

Dorothy Stopford married William Price in 1925, a barrister and district justice. The relationship surprised many as Dorothy was a republican (anti-Treaty) while Price was a Free State supporter (pro-Treaty). Subsequently she discovered she was unable to have children.

Dorothy’s research work with the tuberculin test indicated that the majority of Irish teenagers from rural areas were tuberculin negative and highly vulnerable to infection with TB. She was also concerned that Irish emigrants, (including doctors and medical nurses) were protected by vaccination. Her lifelong interest was in the controversial BCG vaccine which protected against tuberculosis.

In 1932 she was appointed as a “Children’s Specialist” in the Royal City of Dublin Hospital and subsequently published her book “Tuberculosis in Childhood” in 1939. It was clear to her how many Irish children were susceptible to TB and the inescapable nature of family homes where the creeping pandemic spread, becoming infected when their resistance was minimal. 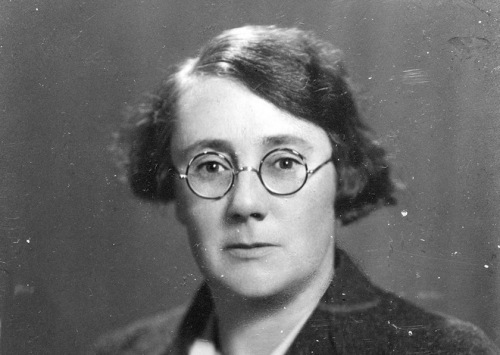 Dorothy promoted the creation of immunity in individuals by vaccination with an attenuated tubercular bacillus (developed in France by Calmette) and she pioneered this at St Ultan’s in 1936 by injecting 35 children with the BCG vaccine. This led to the first BCG scheme by Dublin Corporation in 1948 and they eventually managed to open a BCG vaccination unit in St Ultan’s Hospital. Dorothy Price was appointed as the first chairperson of the Irish National BCG Committee in 1949 and submitted a postgraduate thesis for her MD on “The Diagnosis of Primary Tuberculosis in Children” integrating European theories and practices.

Dorothy Price was recognised for her work when Minister for Health Dr Noel Browne appointed her as Chairman of a Consultative Council on TB. Her research work on tuberculin testing and BCG vaccination combined with her passion to combat the tuberculosis epidemic in Ireland were instrumental in saving innumerable lives of children and adults and ended the 20th century Irish tuberculosis epidemic.

“To her, more than anyone else, is due the credit of introducing into Ireland modern ideas of, and preventive measures against tuberculosis. Few of the many thousands of children and young people who have been saved from death or tedious illness by BCG realize what they owe to Dorothy Price” Sadly Dorothy suffered a stroke in 1950 died on the 30th January 1954, aged 63. She is buried in St Maelruen’s graveyard in Tallaght.

A brilliant and inspirational Irish Medical Doctor and Scientist.