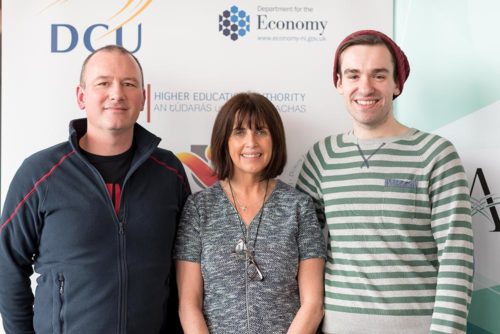 Award winning research by IT Sligo students has been showcased at the inaugural UPresent: Island of Ireland 2017 event in Dublin.

This new research showcase event brought together students and recent graduates from across Ireland to present their innovative research recognised by Undergraduate Awards (UA), to their peers, lecturers and notable academics from various institutions on the island.

The Undergraduate Awards (UA) is an Irish-based, global awards programme for undergraduate students of all disciplines from around the Island of Ireland.

With 25 different categories, UA awards the world’s best undergraduate research in Humanities, Business, Sciences and The Arts. It identifies the leading creative thinkers and problem solvers through their undergraduate coursework and provides them with the network, support and opportunities they require to raise their profiles and further their career paths.

UPresent: Island of Ireland 2017 is an event that took place this week where

Undergraduate study can often be a solitary and gruelling time, with few opportunities to step back and acknowledge all the fruits of this hard work. The 2016 Highly Commended Entrants were officially presented with their certificates, in a celebration of their world-class undergraduate research.

Wayne Egan in the Earth & Environmental Sciences category: To assess the impact of the Bellawaddy River on the microbiological quality of the bathing waters of Enniscrone Beach, Co. Sligo, Ireland. Wayne’s work earned him the Gold Medal award at the 2016 Undergraduate awards. He graduated from IT Sligo with a BSc Honours in Environmental Management (online).

Geraldine Courtenay in the Business category: An Exploratory Study of the Attitudes and Perceptions of International Students to Studying Abroad – Highly Commended at the Undergraduate Awards 2016. She is a BB in Tourism with Event Management student. 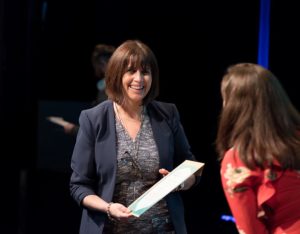 Killian Glynn in the Art History, Music, Film & Theatre category: The Crisis of Masculinity in Irish Theatre (1985 – 2015) – Highly Commended at the Undergraduate Awards 2016. Killian is a BA (Hons) in Performing Arts student at IT Sligo.

Each Highly Commended Entrant summarised their research for the diverse audience in a three-minute presentation, hoping to make everyone else as passionate about their work as they are. Academics were also invited to attend the presentations and sample some of the top undergraduate research accomplished on the Island of Ireland today.

The Undergraduate Awards 2017 programme is now open for submissions.