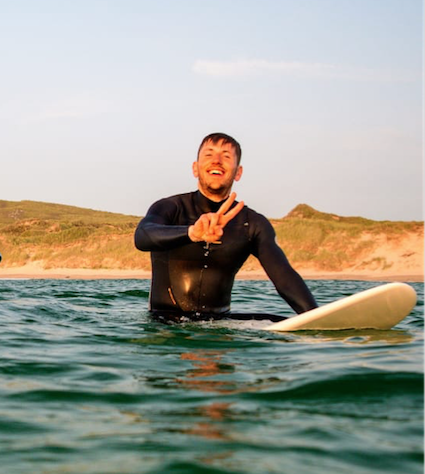 Stephen graduated from IT Sligo in 2013 with an undergraduate degree in Public Health and Health Promotion, receiving a First-Class Honours. With a passion for the health and wellbeing of others Stephen was voted to the role of Education officer and President of IT Sligo Students’ Union until 2015. Stephen then became a project manager with Real Nation, working on several education and health programmes including Food Dudes, Super Troopers, Healthy Heroes, Be Active, Lil-lets, Active Schools and Sky Sports Living for Sport.

Over the past few years Stephen has worked in various roles while travelling, before being selected for a Presidents Bursary Award as a research student here in IT Sligo. Stephen is exploring the dietary intake and associated lifestyle behaviours (stress, sleep, eating attitudes, physical activity, and alcohol) of third level students as part of his research. This study has the potential to shape the development and content of healthy campus policy in IT Sligo, IT Sligo Students’ Union and inform campaigns in this area.

When not working on his research Stephen can be found (pandemic guidelines permitting) with a cup of coffee at the Shack where he works part time as a barista, attempting to surf, walking the hills of Donegal or running around after a football for St. Michaels GAA club.