The VERY BIG Christmas Concert at IT Sligo

A community Christmas concert in aid of the North West Hospice called The VERY BIG Christmas Concert will be held at the purpose-built Knocknarea Arena on the IT Sligo campus from 8pm on Thursday, December 2nd.

Following the success of the fundraiser concert last October at the same venue which saw the North West Hospice benefit by €7,500 and the Defence Forces Benevolent Fund receive a donation of €1,000, the organisers are this year presenting a festive community Christmas concert.

The show will again be produced by Shaun Purcell as Musical Director and RTE’s Tommie Gorman will be the Master of Ceremonies.

The impressive lists of performers will include, amongst others, The Sligo Academy of Music, Own a Chord, Sproai, Sligo Concert Band, Sligo Musical Society, St Mary’s Youth Choir, Grange and Coola School Groups and the Sligo Brass Band.

A surprise celebrity ‘Secret Santa’ act will also feature on the evening.

This community concert is completely voluntary and all proceeds go to the North West Hospice, with a small donation also going to the Defence Forces Benevolent Fund.

Sligo Credit Union has come on board as primary sponsor of the event.

Tickets priced at €10 for adults and €5 for children each will go on sale shortly and will be available from IT Sligo, Sligo VEC and local shops. Early booking is advised. 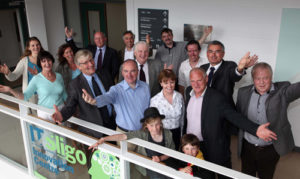 The VERY BIG Christmas Concert will be held at IT Sligo on December 2nd. The show will be produced by Shaun Purcell as Musical Director and RTE’s Tommie Gorman will be the Master of Ceremonies. 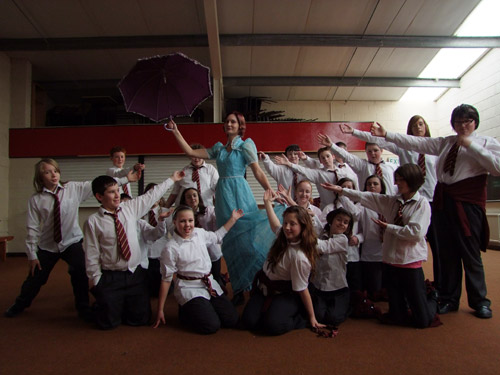 Pictured are the boys and girls from Grange Post Primary School, led by Orla McArt, as they rehearse their Mary Poppins showcase for the VERY BIG Christmas Concert at IT Sligo.