The self-made millionaire spoke on the subject ‘What Makes an Entrepreneur’ and encouraged students to ‘never stop learning’. She also launched an innovative student competition called ‘Bright Sparks’.

“The only person standing between you and success if you. Go out there and make it happen. The most important thing in succeeding in business is courage, have courage in your own ability and your own idea,” Ms Newman told the IT Sligo students.

Ms Newman officially opened the Accelerating Campus Entrepreneurship (ACE) Workspace, a student area that will be used by students who are engaged with the ACE programme on campus. ACE is a joint collaboration of IT Sligo Institute of Technology Blanchardstown, Cork Institute of Technology, and National University of Ireland Galway, led by Dundalk Institute of Technology. The aim of the project is the development of new learning models for life-skilling students for the new economic challenges facing Ireland.

As part of the ACE programme IT Sligo has developed an entrepreneurship module in the Department of Humanities. This module is a pilot for third year students who would normally go on work placement; instead they work on the feasibility of a business idea for a semester. The new ACE workspace is a dedicated space for these students in the IT Sligo Innovation Centre.

Ms Newman also launched the student ‘Bright Sparks’ Competition, an initiative by the two IT Sligo ACE interns Cait Keaveney and Orla Mongey and the Enterprise Society. The competition is the first of its kind in the Institute and encourages IT Sligo students to submit their innovative business ideas on line at http://www.acebrightsparks.com/ . The idea to receive the most votes on line will be selected as the winner. The deadline for the competition is March 17th and prizes up for grabs include a netbook, smartphone and an iPod shuffle. 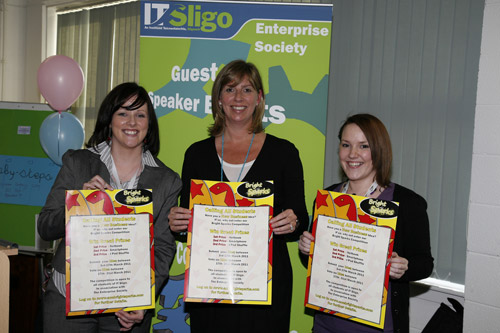 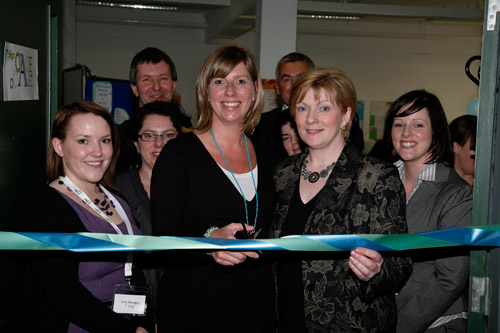