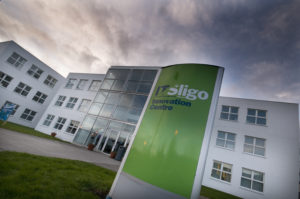 A major announcement about EU funding for creative industries in the North West region, will be made at this year’s Enterprise & Innovation Week at IT Sligo which runs from March 20th to 23rd.

Designed to enhance the links between the Institute and industry, IT Sligo’s third Enterprise & Innovation Week will highlight the cultural and economic potential of the creativity sector which accounts for an estimated combined workforce of 60,000 throughout the country.

The flagship event of the week, which takes place in the Knocknarea Arena on Thursday March 22nd, has been organised by the Institute in collaboration with “Creative State Northwest”. Chaired by broadcaster Anton Savage, it will showcase the European Creative Industries Alliance (ECIA); a new platform and support programme for the development and support of creative industries. The Northwest project is the only Irish programme that has been selected to participate in the ECIA, and full details of the supports it can provide to Creative SME’s and the broader business sector will be announced on the day. The proceedings will be webcast live on the IT Sligo website by a new local business called LiveView.ie.

Another highlight of the week will be the launch of the Bank of Ireland Accelerator Programme on Wednesday March 21st. Mark Cunningham, head of Business Banking for Bank of Ireland in Ireland and the UK, will launch a new stream of funding for start-up companies who have graduated from IT Sligo’s Innovation Centre. “Essentially this well mean that companies who have come through the Innovation Centre will have start-up funding fast-tracked, which will give them a huge advantage in these challenging times,” said Niall McEvoy, Head of Innovation at IT Sligo.

As always, Enterprise & Innovation week will celebrate the well-established cooperation between IT Sligo and industry, both nationally and internationally. Throughout the event the campus will be open to anyone interested in learning from high profile experts – and a number of surprise guests – about the opportunities out there.

Fittingly the week begins on Tuesday March 20th with the Irish launch of RE:CONNECT, an initiative aimed at fostering commercial links between businesses operating in the West of Ireland, and businesses abroad which are owned or managed by people from the region. Taoiseach Enda Kenny presided at the London launch of the initiative last January.

This event will be addressed by Andy Rogers, founder of London-based Sligo Business network and a member of the Global Irish Network as well as by Joanne Grehan from the Western Development Commission who will both stress the commercial potential of the close links between Irish entrepreneurs at home and abroad.

All events throughout the week are free and open to the public. As well as key announcements on funding for creative industries and start-up companies, there will be sessions devoted to the importance of digital media marketing and the opportunities online learning provides for workers who want to up-skill without taking time off work.

The achievements of IT Sligo graduates and students will be showcased throughout the week. Participants will include Team Hermes, from IT Sligo, the first Irish students to win the Microsoft Imagine Cup after coming first in the world’s most prestigious software development competition.

For more information see the schedule below or find IT Sligo’s Innovation Centre on Facebook. More updates will also on ‘Up and Running’, Ocean FM’s new Business Programme on Saturday mornings from 9.30am to 10am.

Students are playing a major role in the organisation of this year’s Enterprise & Innovation week.

A group of students from IT Sligo’s Bachelor of Business in Marketing with Event Management and Public Relations are organising ‘Inspirational Business Day‘, focused at third level and transition year students on Friday, March 23rd. The day’s events are designed to inspire students to launch their own business.

Students from the Institute’s Performing Arts course will present a special performance which will probe perceptions on verbal and non-verbal communication. This will take place in the Institute’s Black Box theatre on Wednesday, March 21st from 7pm to 8pm.

Two student enterprise competitions also feature in the week’s programme. The Sligo VEC’s Dragon’s Den takes place on Tuesday, March 20th from 7pm to 10pm and IT Sligo students will battle it out in the final of a competition on Wednesday, March 21st from 5.15pm to 7pm.

Public support for all events is very welcome.

Pictured Above, left: Bachelor of Business in Marketing with Event Management and Public Relations students pictured with Head of Innovation at IT Sligo, Niall McEvoy