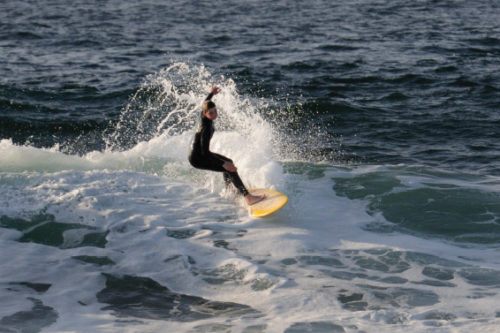 What is the course title you are studying: BSc (Hons) Pharmaceutical Science with Drug Development
What year are you in: 2

Tell us a little bit about yourself and what led you to choosing your course:
From a young age I’ve been interested in both music, science and teaching. Being the oldest grandchild made the latter quite obvious that I wanted to eventually end up in a teaching career but after work experience in TY in a primary school, that all changed. I still knew I wanted to do some form of teaching but not at a primary level. This really influenced how I chose my leaving cert. subjects. At this point I didn’t necessarily need to keep on Irish at higher level nor did I need my French anymore. In the end I was free to pick subjects that I liked and that I was good at. I took music, chemistry, physics and geography all of which I loved. When it came down ultimately to the CAO I was torn between 2nd level teaching, in either science, maths, geography or music, or going down a pure science route. I eventually settled on the science route after realising that the 2nd level teaching pay compared to some science industries was not that great.

My next question was exactly what field within science and then where I wanted to study. I had been on the NUIG and UCD campuses and thought these places are massive. It kind of terrified me a bit coming from a small village in Donegal to such big cities. This put Galway and Dublin out of the picture. Cork was too far for my liking and Limerick didn’t have the courses I wanted. In the end it was between Sligo and Maynooth. In terms of the course I wanted they both had pharmaceutical science which I had decided on as it’s a chemistry-based course and frankly there was a well-paid job at the end that I would enjoy. I chose Sligo over Maynooth for a few reasons.

1. I didn’t know either town well, but I knew Sligo better than Maynooth.
2. The course in Sligo had ties to the Royal College of Surgeons to go on and do a masters in pharmacy.
3. The travel distance from Donegal to Sligo compared to Donegal to Maynooth is a quarter of the distance.
4. The facilities in Sligo in regard to laboratory equipment is relatively newer than that in Maynooth. Its campus is also feels brighter and fresher than that of other colleges I’ve been to.
5. The course and module design in Sligo is more targeted to the goal of the course which is a job in industry. IT Sligo tailor their courses to what industries are looking for and have the links to companies to get you a job by graduation. Also the majority of the lecturers have a number of years’ experience in industry which is very beneficial.
6. The smaller class sizes mean you get to know your lecturers and they get to know you.

What specifically about the course do you particularly enjoy:
I particularly enjoy the hands on aspect of the course. I find that you get such a better understanding of the theory behind a method or piece of equipment by doing it and seeing it happen in front of you. Some days you might not have a clue what the lecturer is talking about but once you go into the lab and see it happen it just clicks. Another aspect is the continuous assessment part of the modules. The majority of the time you have at least 30% of the marks before sitting your final exams.

What is the best thing about your course that you think new applicants should know:
The best thing about this course is that when you come into first year, and this applies to almost all science courses in IT Sligo, it doesn’t matter if you did terrible at say maths the way the college sets up the modules for first year is to get everyone on an even playing field by the time you go into 2nd year. I didn’t do biology for the leaving cert. but by the end of 1st year I knew exactly the same material that someone who did do biology for the leaving cert.

If you were speaking with a first year student about to start your course, what advice/information would you give them:
The advice I would give to them is to not let your lab reports and project work build up and have it all left to the last minute. Every mark you can pick up during the semester counts.

If you are involved in Sport, volunteering, working or have other passions you pursue outside of your academic life, can you tell us about that.
In first year, I was on the inter-varsity badminton team, one of the founding members of dance society and Irish society. In second year, I was secretary of dance society and Irish society. Dance society won best society of the year and I won overall personality of the year. For third year, I will be the secretary of Irish society and the chairperson of dance society. In all of these I have gained friends for life and have had experiences that will forever stay in my memories as some of the best days of my life. College life is not all about just the passing exams and the nights out, it’s about what you get involved in and taking every opportunity that comes your way.

What are your plans after IT Sligo and any long term goals you are aiming for:
The final end goal, at the minute, is to do my doctorate and go into lecturing. What I will do between finishing my course and doing the doctorate will depend on where I do my work placement next year and whether I take a three long month or a 15 month one and what conditions are tied to those placements.

Open Day Returns On Campus at IT Sligo

Sligo Science Festival Returns with a Bang this Weekend

A Safe Return to On-site Learning

IT Sligo Lead the Way With Bespoke Programme Business Development

The Rise of Environmental and Sustainability Programmes: Turning Green Degrees Into Sustainable Careers

A New University for the West and North-West, a Step Closer

IT SLIGO PARTNERS WITH FTA IRELAND

Multimillion Euro Development at IT Sligo gets Go-ahead