Back to Main Page

According to key findings, in 2015 almost 500 cases of HIV were recorded in Ireland, which is an increase of 38% when compared with 2014 statistics. HIV stands for Human Immunodeficiency Virus and is a virus that spreads through certain body fluids and attacks the body’s 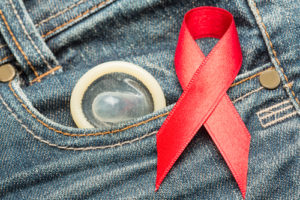 immune system. HIV destroys many of the immune system cells therefore the body can’t fight off infections and disease. Opportunistic infections take advantage of the weak immune system and results in that person contracting AIDS- acquired immunodeficiency syndrome. The USI have rolled out a campaign to target the stigma associated with HIV.

How is it passed on?

Early Symptoms
The initial symptoms of HIV can occur between 2 – 6 weeks after contraction of the virus. The following symptoms can present but may be mild;

Late symptoms
After these initial symptoms HIV may not present any symptoms for up to 10 years, but the virus stays in your system and can damage your immune system. The following are a list of late symptoms that may be present;

No cure currently exists for HIV however appropriate medical care, HIV can be controlled. The medicine used to treat HIV is called antiretroviral therapy or ART. If taken correctly, it can prolong the lives of many people infected with HIV by keeping them healthy, and lowering their chance of infecting others.

Ways to prevent contracting HIV is;

For more information on genital warts, click on any of the following links;