Home » Faculty of Engineering and Design

Welcome to the
Faculty of Engineering and Design

Welcome to the Faculty of Engineering and Design at ATU Sligo. Skills shortages across the engineering and design landscape means there are huge job opportunities. Graduates are highly sought after and can demand significant starting salaries. Engineering, construction, computing and design inustries continue to boom. Our graduates with their applied skills and theory knowledge are in very high demand both within Ireland and across the globe.

Our students benefit from the latest cutting-edge trends and practical experience on campus.

We have got the biggest faculty on campus with approx. 3,000 students.

55% of our students take part through online learning ensuring no matter your circumstance you can still get a university standard education with us.

Within this Faculty, we have five departments

DEPARTMENT OF CIVIL ENGINEERING AND CONSTRUCTION

DEPARTMENT OF MECHANICAL AND MANUFACTURING ENGINEERING

DEPARTMENT OF COMPUTING AND ELECTRONIC ENGINEERING

Why Choose Faculty of Engineering and Design at ATU Sligo?

At the Faculty of Engineering and Design we strive for uniqueness and diversity within our courses and student body. What makes us stand out is the combination of both fields, that traditionally would not be grouped together. Our ability to see the creativity in the technical and the technicality in the creative, is what has helped us engineer such unique courses across our departments. We are looking for those powerful people who can use both the technical, logical side of the brain as well as the creative, artistic side. We want to merge these talents and have an eclectic mixture of students across our faculty.

Our students won the People’s Choice Award at the National Ploughing Championships 2018 for their ingenious “Monte Loader” design. Our Art and Design students have also been up for awards such as Creative Design student Paul Roper who won the prestigious Institute of Irish Design Award for his “MagPin” creation.

MORE THAN JUST A DEGREE

Our faculty have strong exchange links with Kempten University of Applied Science in Germany allowing students to obtain a work placement. We also have a wide variety of international students from Germany, France and China so you can learn about the industry on a global scale.

Putting the A in STEAM

Our state-of-the-art Precision Engineering Manufacturing Centre was established in 2013 and has so far conducted over a 100 research projects.

Made up of five Principal Investigators, two senior academic researchers, three postdocs and three postgraduates, the PEM gateway focuses on ATU Sligo’s research strengths which include: laser processing, micro machining and material science, among others.

PEM provides in-depth research and technology services to the rapidly growing manufacturing industry of the North West and beyond.

A comprehensive guide to PEM

Meet Our Students and Graduates

Meet the Head of Faculty

Una Parsons has been Head of the School of Engineering in ATU Sligo since April 2017. Her roots with the college run deep as she previously was a Toolmaking apprentice here.

Prior to this, she held senior roles at Bausch and Lomb and served as Industry Director at Engineers Ireland. It was in this role that she helped develop Engineers Week in 2007, now a nationwide event celebrating engineering in all its forms.

Outside of being Head of Faculty, Una is an award-winning chartered engineer and a fellow of Engineers Ireland.

IT Sligo is a top 5 Irish university (U-Multirank 2020) – download our prospectus to find out why studying in IT Sligo is a great choice for you.

If you want a printed copy of the CAO Prospectus please complete this form. 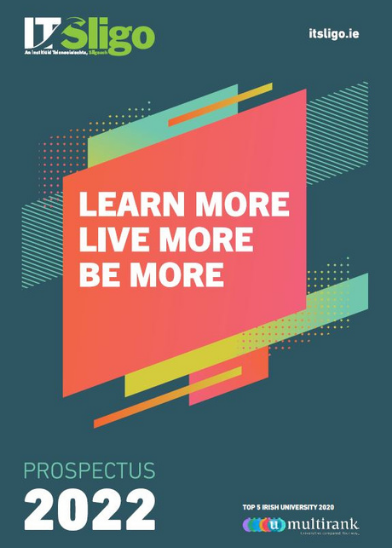