Two teams of students from IT Sligo have won awards at the 2013 Games Fleadh.

The Games Fleadh is one of Ireland’s largest student computer and console games programming festivals and provides students with a valuable opportunity to connect with industry through demonstration of their portfolios.

The 90% plus growth of the digital gaming sector in Ireland from 2009 to 2012 can be replicated, if not accelerated, over the next three years, such is the confidence in the industry here, this year’s premier annual gathering for young programmers was told.  It was held at LIT Tipperary, Thurles campus.

Paul Powell, lecturer in Computing at IT Sligo and mentor to the two winning teams, said that computing jobs market is still experiencing huge growth in Ireland.  “We continue to see an explosion in the indigenous sector in computing and Ireland has also landed some really impressive FDI (foreign direct investment) global brands in recent years.

“The FDI jobs are mostly in support-centres, and we need to attract more of these, but the jobs growth rate will really multiply if we can develop Ireland as a global hub for game development.

“There is also an increasing proliferation of SME companies who couple app development and Game development, as can be seen here.  A list of the games companies established in Ireland can be viewed at http://www.gamedevelopers.ie/companies/. The games development course at IT Sligo takes this into account with its delivery of a good mix of game development and software development.

“It is estimated that the games industry has grown by 400% since 2002.That’s why events like the Games Fleadh are so important for students. It gives them an opportunity to meet with potential employers and to present elements of their portfolio of work in a very practical way,” he said.

IT Sligo has a strong record at the Games Fleadh. A team of computing students from the Institute won an award for Best in Original Audio Music at the 2012 event and Brett Cawley, now working for the Clever Miles Campus company, which is a spin off from the World Imagine cup win in 2011, finished second in the overall standings in 2010 and also picked up an award for best original game play.

Students from IT Sligo also recently won first place in the national finals at the Microsoft Imagine Cup. They were the third team from IT Sligo to do so and a team from the Institute in 2011 was the first from Ireland to win the global finals of the student technology competition. To learn more about computer programmes at IT Sligo see IT Sligo computing course 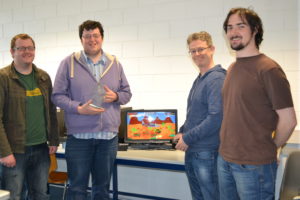 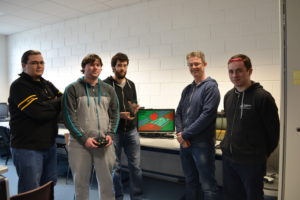 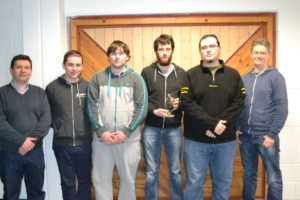