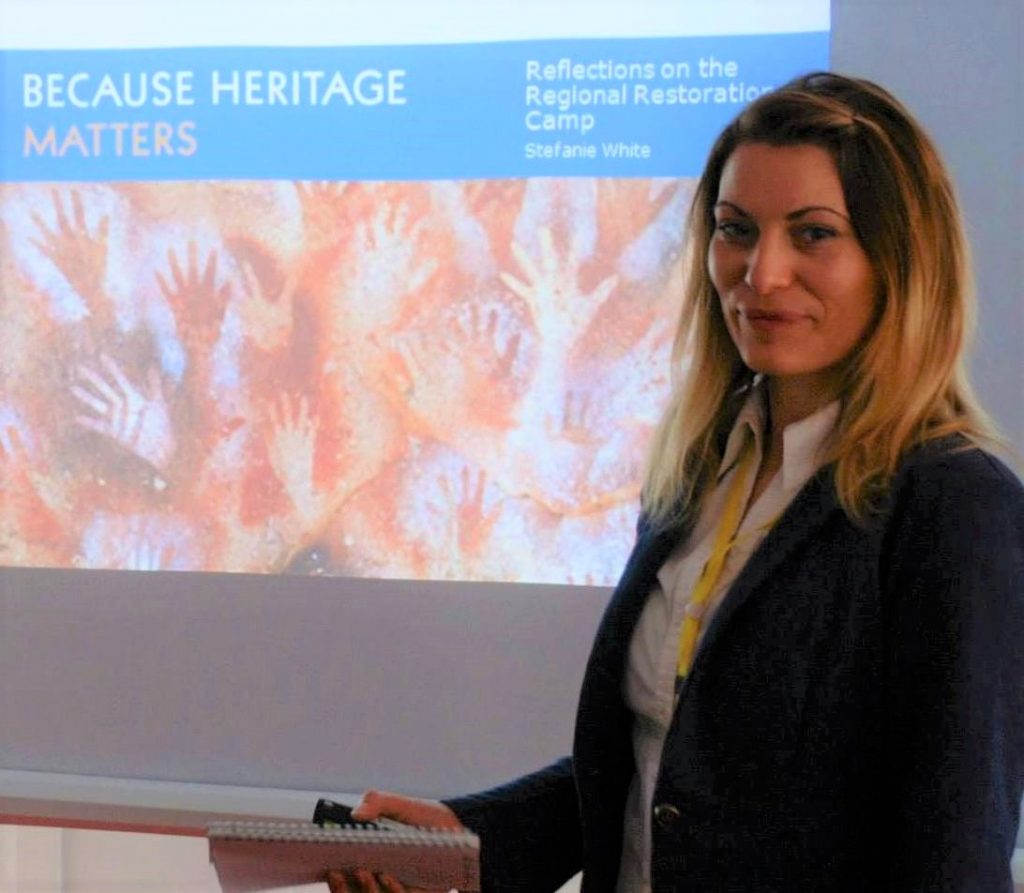 Stefanie is a professional conservator of archaeology and historic materials. She has worked in heritage management and conservation in Ireland, England, Greece, Kosovo, Turkmenistan, Iceland, and New Zealand. For the Antarctic Heritage Trust, Stefanie spent two winters in Antarctica conserving the historic huts, and their contents, left on the Ice by polar explorers Robert Falcon Scott, Ernest Shackleton and their teams.  Stefanie’s interest in education developed while working for Heritage Without Border in the Balkans, where she lectured in the conservation of historic materials and project managed the conservation school in Tirana, Albania.

This research aims to develop guidelines that will assist archaeologists and other stakeholders to strategically manage archaeological sites along the Wild Atlantic Way on the west coast of Ireland. The Wild Atlantic Way runs along the coastline from County Donegal to County Cork and there are c. 89,000 archaeological sites recorded in associated counties (NMS, 2019). Fáilte Ireland launched the Wild Atlantic Way in 2014 with the aim of promoting tourism and economic development along the west coast of Ireland (CAAS Ltd. 2015; Fáilte Ireland 2014). Since then visitor numbers to the area have increased and the economic benefits of heritage tourism are demonstrated (DTTAS, 2019). However, the deterioration of archaeological sites on the west coast of Ireland is further accelerated by the Increased visitor numbers. The needs of archaeology, tourism, community and government sectors involved in the management of archaeological heritage and tourism can be met when a best practice guide is put in place. No such guide has been developed yet, and little research has been undertaken in this area in Ireland. The output of this project will be an overall best practice document for the management of a range of archaeological tourism sites. Although this document will focus on sites along the Wild Atlantic Way, it is anticipated that it will have a much wider national and international application.

The research project is conducted under the supervision of archaeologist Dr. Fiona Beglane and Sam Moore, at IT Sligo, and Dr. Conor McTiernan, at the School of Tourism in Letterkenny IT.

2018 ‘Antarctica – Conserving traces of others: Human heritage and the sense of place on The Ice.’ The American Association of Geographers Annual meeting 2018, New Orleans.

2011 ‘The Conservation treatment of an Ancient Egyptian Mummy and her Coffin’ IPCRA Journal Spring issue: 12-15.