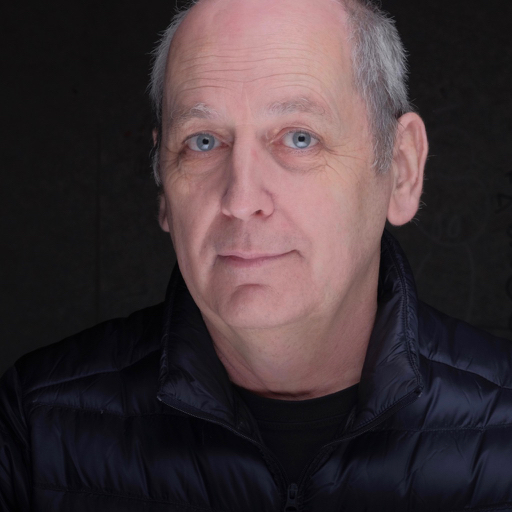 Born in Dublin, Tommy has had a career spanning the arts, from visual art, through publishing, design, theatre, film and technology. In all of these forms his role has been a creative producer.

After graduation from Trinity College he worked in the Douglas Hyde Gallery curating and designing exhibitions of leading international and Irish artists from Sean Scully to Roy Lichtenstein to Barrie Cooke and Dorothy Cross. Tommy then went on to establish a gallery space at the City Arts Centre in Dublin and was responsible for the early exhibitions of many of Ireland's leading contemporary artists, including Philip Napier, Nick Miller, and Fionnuala níChiosáin.

He had a particular interest in new media and exhibited work by Peter Greenaway, and the innovative media group - Blue Funk. He exhibited work by early digital artists, notably William Latham and groups from the cracker scene in Germany.   During the late Eighties, he started a company specialising in 3D computer modelling called Tiny Planet, and established a pioneering course in Computer Animation in Senior College Ballyfermot. He has been at the vanguard of digital media since that time and it forms an ongoing part of his research and practice, he is active online, managing several websites. He is currently researching authoring interactive multimedia on mobile platforms.

After moving to New York he was invited to curate an exhibition of young Irish artists to celebrate the launch of The Glucksman Ireland House at New York University.  He then worked as a design manager for Scholastic Publishing and embarked on a career in design. He set up an internal design department for BAM, the Brooklyn Academy of Music and co-ordinated their rebranding and corporate identity program which is in use to this day.  He was then employed by Pentagram, an international design partnership, to manage projects for creative clients such as Broadway shows (Bring in da'Noise, Bring in da'Funk, Triumph of Love), Theatres (the Public Theater), Museums, (Metropolitan Museum, American Museum of Natural History), and fashion (Anne Klein, IZOD, Van Heusen).

Returning to Ireland he moved into film, and set up Janey Pictures with Marian Quinn. They have numerous projects in active development.   Their most recent film 32A, won Best First Feature at the Galway Film Fleadh, the Tiernan McBride Screenwriting Award and the IFTA for Cinematography. 32A had its international premiere at the Berlinale and toured to over 100 festivals worldwide. Janey self-distributed 32A in Ireland theatrically to popular success and critical acclaim. 32A has sold worldwide.  Tommy has produced several films for visual artists, notably Walker and Walker, including Nightfall which represented Ireland at the Venice Biennale, and Painting Patrick, Olympia for Nick Miller.  He was worked with other filmmakers on their projects, notably as Associate Producer on Mapmaker, by Johnny Gogan.
He recently received his MFA in Photography from the Belfast School of Art at Ulster University and has exhibited his work in group shows in Ireland, the UK and China.  He is currently working towards a major one-person exhibition commencing touring in late 2019.
Accessibility by WAH
CAO Hub
Student Portal
Online Learning
Staff Portal
Job Vacancies
Admissions Office
Induction 2022
Speak Out
FAQ