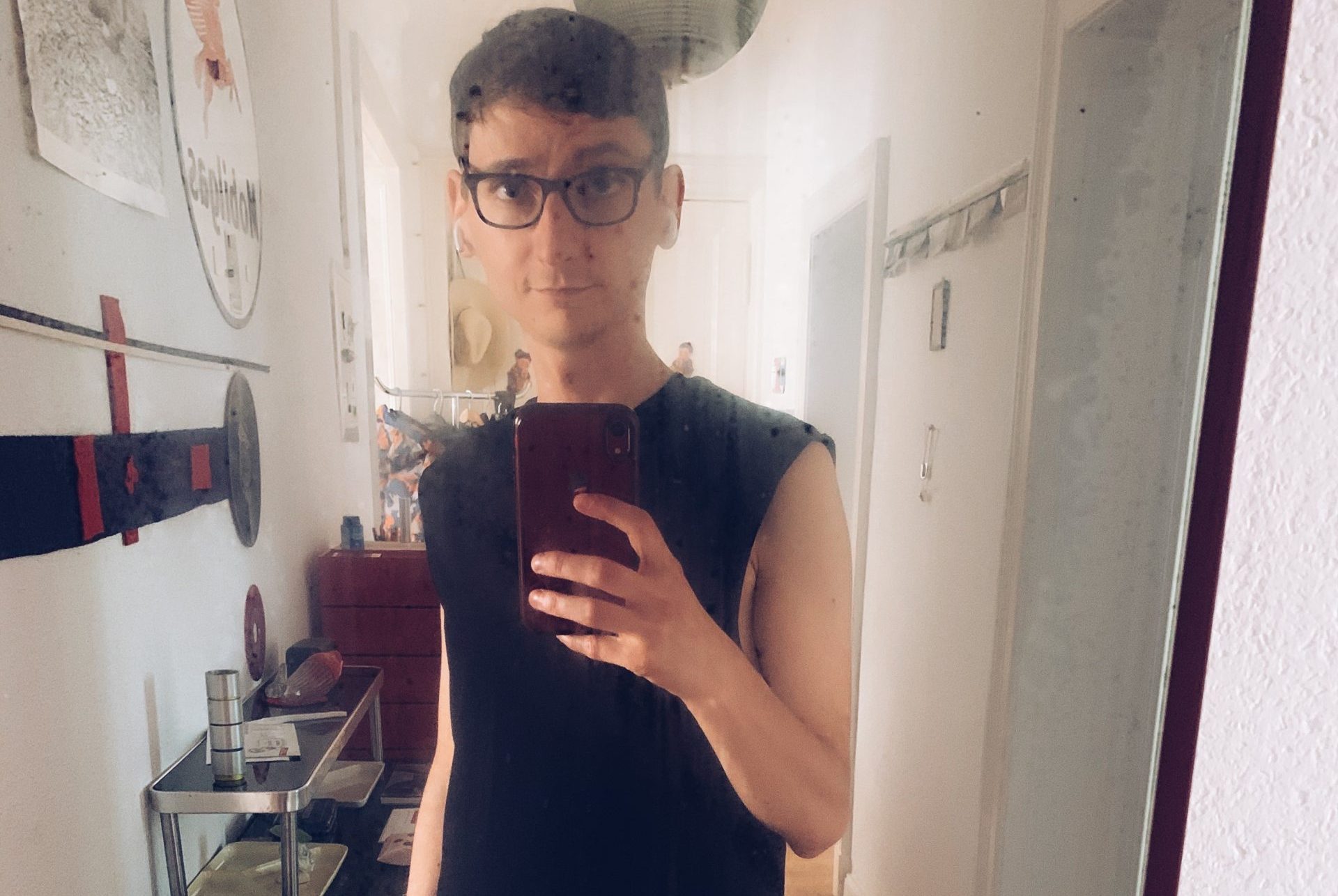 Believe it or not, I actually choose the course the night before the CAO deadline on a whim! It sounded exciting and I wanted to challenge myself by doing something I’d never done before.

The lecturers with their support and inspiration were my favorite part of the course! I also really enjoyed that it gave me the space and support to grow and explore, not just as a practitioner, but also on a personal level too. In first year we studied both acting and design. This gave me the opportunity to figure out what I was passionate about. I originally thought I wanted to be an actor but discovered my love for design and haven’t looked back! The support of the Abbey Theatre also led me to untertaking an internship on “Alice in Funderland” and later working on “Alles Weiter Kennen Sie Aus Dem Kino” directed by Katie Mitchell (The Rest will be familiar to you from cinema) at the DeutschesSchauspielHaus in Hamburg (a partner theatre of theirs). An Abbey Theatre Residency is something this course offers which is exclusive to ATU Sligo. I absolutely love that!

The core first year where you get to try out acting and design is absolutely amazing! This is the main thing that attracted me to the course. Also, no portfolio requirement means that people who didn’t fit within the boundaries of the Leaving Cert Art Curriculum are given an equal chance. I didn’t do art for my leaving cert and this stopped me from applying to other courses in this area.

Costume and set design were probably my favorite modules. Learning from people like Frank and Jo Conway gave me an invaluable learning experience and opened my eyes to the whole design process. I also really enjoyed the more academic classes with Una Mannion and Rhona Trench. Here we learnt a more academic interpretation of texts and to appreciate them on a deeper level.

I learnt a lot about working as part of a team during my studies. I also built a lot of confidence in my design process ideas and personality which helped me when taking on challenges I never thought were possible.

My very first theatre experience was as an intern on “Alice in Funderland” at The Abbey Theatre during semester six of the course. Since then I’ve worked on shows such as Riverdance, Hamilton (when it was off Broadway at The Public Theater) and Be More Chill (before it went to Broadway and now the West End). Then I moved into TV and Film working on shows such as Orange Is The New Black, The OA, Krypton, Dublin Murders and The Queens Gambit which was my first film experience in my new home of Berlin.

I now live in Berlin and work for “Der Palast” by Constantin Television for ZDF (German BBC). Currently I assist with logistics. TV and Film involves a lot of people with constantly changing filming schedules. This all has to be coordinated between the different departments and then delegated. The costume design team deal with the visuals and we in the wardrobe department make sure they have everything they need to do their jobs and we also handle behind the scenes work. This could be anything from reporting crew working hours and expenditure, to planning a dance scene with 100 extras and multiple changes. So it mostly involves having an overview of what needs to happen, and when! This becomes especially difficult when shooting with multiple units or when wrapping parallel to filming, so team work skills developed at IT Sligo really help!

To anybody who is interested in pursuing a similar career path, I would say this. Learn to be comfortable being yourself and open to trying new things. ATU Sligo Lecturer Tommy Weir once told me to say yes to opportunities and be open, and that’s a piece of advice I’ve followed ever since. This makes the transition from studying in a controlled environment to working in the unpredictable world of theatre and film much easier, and can also lead to some exciting opportunities.

I liked that ATU Sligo gave a college experience in a smaller city. Coming from a small town means that it can be an easier adjustment than moving to somewhere like Dublin or Galway. Having smaller classes than some of the larger universities lets you have a lot more engagement with your lecturers and makes it easier to make friends.

For me the first few months of the course were overwhelming as I was completely out of my comfort zone, so give yourself the benefit of the doubt and don’t expect to pick everything up straight away. The first year is for self discovery and exploring, so trust the process!