IT Sligo Women’s Soccer Team will represent Ireland in the 9th European Universities Futsal Championship in Antequera, Spain from July 21-28.

Almost 30 countries will be represented and almost 600 athletes will take part in the event. 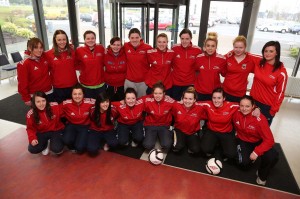 Earlier this year, the IT Sligo team successfully defended its Women’s Soccer Colleges Association of Ireland premier league title and then claimed the WSCAI Futsal Intervarsity’s trophy for the first time. Having topped their group at the final of the Irish Futsal Tournament, the team beat IT Carlow 4-3 in a thrilling final.

The team, led by manager Emma Mullin who has herself played for Ireland at an international level, are eager to bring their recent good form to this prestigious European tournament. Five of the current squad – (Roisin McCafferty (Donegal), Emma Hansberry (Sligo), Geraldine McLaughlin (Donegal), Deirdre Doherty (Mayo), and Aileen Gilroy (Mayo) also played on the Irish team at the World University games in Kazan, Russia earlier this month.

Sligo girl Emma Hansberry (below) was named Irish U19 player of the year this year and Deirdre Doherty from Mayo was recently capped at senior international level for Ireland. 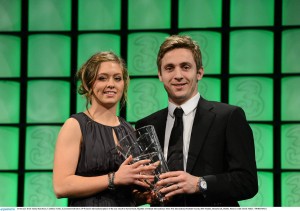 The European Universities Futsal Championship represents a fantastic opportunity for the student athletes to compete at the highest level.

Supported by an attractive Sport Scholarship Programme and professional-standard sports facilities, IT Sligo has a strong record in attracting high calibre female soccer players. In February, IT Sligo won the National Premier League for the fifth time.

Futsal is a fast paced indoor game played with a special ball that is a little smaller and heavier than a standard ball. Games are 5-a-side, with unlimited substitutions among a squad of 10 players.

It is popular in Brazil and a few years ago the FAI began promoting it because of its benefits in improving players’ soccer skills.

To find out more about IT Sligo Sport Scholarship Scheme see here.