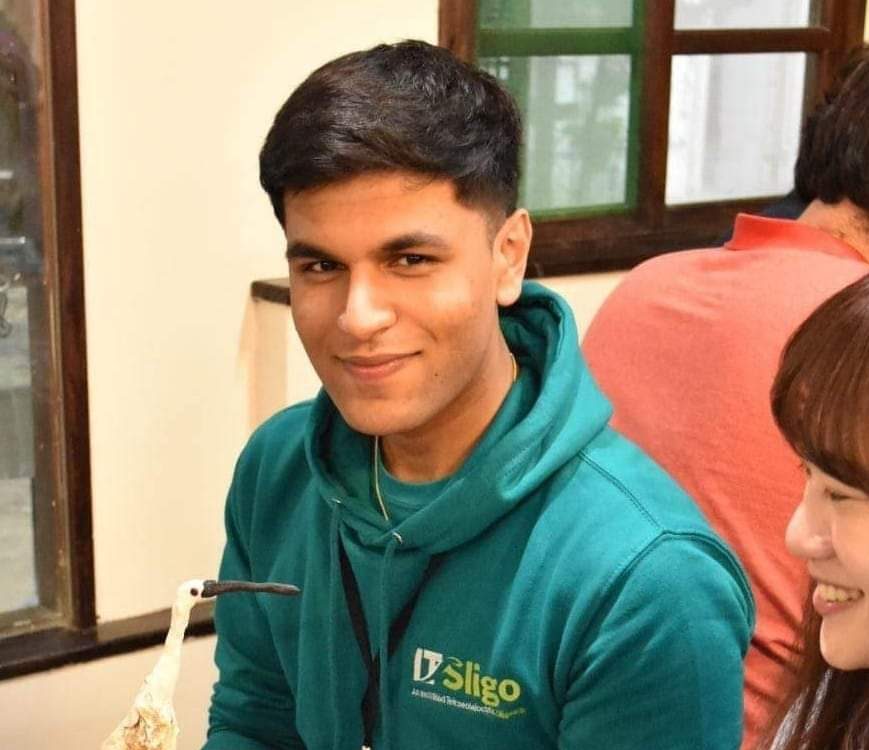 I was always into space and astrophysics growing up and had planned to pursue a career in this area. But as time went on, I started to invest my time into environment art. I wanted to create unique worlds that people have not seen and to showcase my visions on strange sci-fi worlds inspired by many famous movies and games. In 2016, a procedurally generated game was released that featured sci-fi planets and ships. It was a man-made simulation of the universe with 18 quintillion stars that each had planets. Players could land on and explore them and potentially meet each other. I wanted to create this myself one day and to show my view of an alternate universe using code and art. Ultimately, inspiring me to study Games Development here in IT Sligo.

What I really enjoyed about the degree was seeing my creations come to life. In second year, I drew concept art of mechs and picked one to animate and implemented it into a game that I was coding at the time. The whole design process with Mark Rooney was a fun and exciting experience. So, you could say the creative part in this course was something I enjoyed the most.

My favourite modules would have to be Game Content Design 1, Game Content Design 2, Project 300, 3D Game Programming and Advanced Games Programming. A very biased opinion as I adore the creative side of games but to me these 5 modules portrayed the fun side of games development where we worked as teams and made some cool art, games and learned code by helping each other. After all, working as a team or even with friends is the key to learning new things as other people can see flaws better than yourself when creating your own art or game.

I am currently completing my Games Development work experience project which consists of developing a game from scratch and uploading/publishing it on the 27th of August.

I had no experience in coding before I joined this degree. I slowly learnt to get better at coding and ultimately started to enjoy it. If you are like me and have no experience in coding, with enough practice you will get the hang of it. As long as you do not miss your coding labs and lectures in first year! Also, I would encourage new students to mix with their class as having classmates to help you along the way is beneficial for learning new things such as code and creating some very cool projects as a team.

During my time in the college, I have been involved in a lot of events. From engineering weeks to open days, you name it I have done it! I was chosen to go to Taiwan by the international office in October 2019. The experience was great as we went across Taiwan as team Ireland and mixed in with 32 different countries. The purpose of this trip was to showcase our ideas on regional revitalisation and what could bring people from a high populated area in a country to a lower populated area. We ended up winning an award for this as team Ireland. I also set up a club in IT Sligo for art, where we would draw based on a theme in class. In first year, I was also part of the IT Sligo ICE team to play CSGO tournaments. CSGO is competitive FPS Game.

My plan after this year is to complete the level 8 add-on in Creative Design at IT Sligo which I believe will be an interesting combination with my Games Development degree. After that, I want to find a job in Sligo related to creative design for at least the next few years in my life until I have a good portfolio created to pursue my passion as an environment artist in a games company.

Find out more about SG131 Bachelor of Science in Games Development